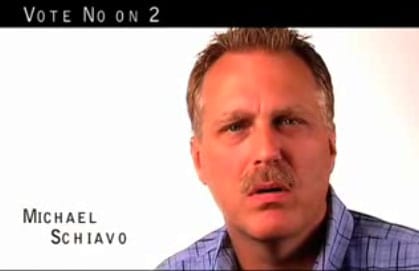 Michael Schiavo, husband of the late Terri Schiavo (no doubt you remember Terri’s drawn out, comatose, hospital stay in which a patient’s “right to die” came under focus), has taken a stand against the radical right wing behind Florida’s Amendment 2, which would amend the state’s constitution to make marriage between a man and a woman.

(via joe and pam)