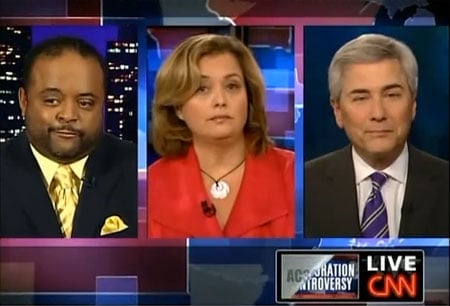 Said Rosen: “First the glibness, that, well it’s just a bunch of gays being unhappy that people don’t agree with them, is wrong. You know, (at) one time the Bible was used to justify slavery. If this was a preacher, out there, using more weapons against African-Americans we wouldn’t even be having this conversation, so second of all, the fact that we’re even having a conversation, means that this is a mistake in choice. This is a day when people are to be brought together. There are hundreds of preachers across the country with stature and thoughtfulness and other ways to bring this country together on an inauguration day for the new president. That’s the choice he should have made.”