Apparently he took his ‘fruit and nuts’ out which shocked one listener with a vivid imagination: 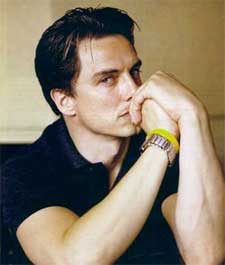 “Barrowman undid his trousers after being goaded into it by the presenters of the Switch programme on Radio 1 on Sunday night, prompting the corporation to issue an official apology. Though only one complaint was received about the incident, a BBC spokeswoman said the show had ‘overstepped the mark’. Barrowman also issued his own apology for any offence his behaviour had caused. The West End star, whose early TV career was as a children’s presenter on BBC1’s Live and Kicking, said the ‘light-hearted’ banter went too far – and promised it would never happen again. ‘I apologise for any offence I have caused. I was joining in the light-hearted and fun banter of the show and went too far. I was wrong to do this and it will never happen again,’ Barrowman added. ‘I really appreciate the great support I have received from the BBC over the last few years and would never intentionally do anything to undermine the integrity of the corporation.'”