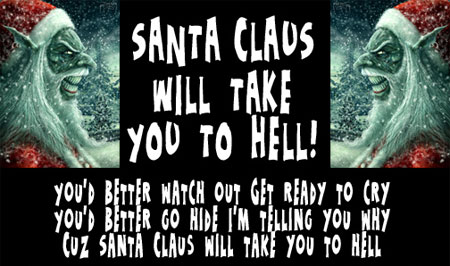 You may have heard about the atheist sign that was granted a permit, displayed, and then stolen from the Washington state capitol building earlier this year, for which Governor Christine Gregoire has been criticized.

MSNBC: A Gregoire spokesman said the office at one point was getting about 200 calls an hour, as well as e-mails, about the display. The governor and state attorney general’s office then issued this statement: ‘The U.S. Supreme Court has been consistent and clear that, under the Constitution’s First Amendment, once government admits one religious display or viewpoint onto public property, it may not discriminate against the content of other displays, including the viewpoints of nonbelievers.’ With a nod to the winter solstice in late December, the placard reads, in part: ‘There is only our natural world. Religion is but myth and superstition that hardens hearts and enslaves minds.’ The foundation’s co-president, Dan Barker, said it was important for atheists to offer their viewpoint alongside the overtly religious Nativity scene and a Christmas-style holiday tree at the Capitol Rotunda.”

Now, the gay-hating, America-hating, everyone-hating Westboro Baptist Church from Kansas wants in on the action:

“The sign claims that ‘God’s hate’ is to blame for the weak economy, that Santa is a child molester, and that the deaths of U.S. troops are somehow the fault of Santa.”

For some reason, gays are left out of this one, although given their twisted logic, to the Phelps clan Santa is likely gay.

Said Steve Valandra, a spokesman for Washington’s Department of General Administration, when e-mailed the text: “Holy cow. I guess we’ll consider it like all the other requests.”

I’ve posted a portion of the WBC’s sign above. You can see the rest, AFTER THE JUMP… 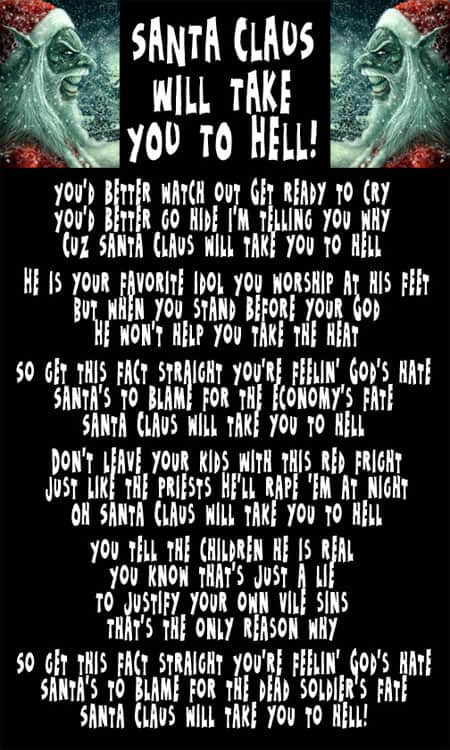