No casualties from Ricin-poisoning were reported in Seattle this weekend following a terrorist letter last week that was mailed to eleven of the city’s bars and to the newspaper The Stranger. 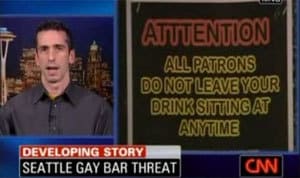 CNN reports: “Investigators have no evidence that whoever mailed the letters has the ability to make good on the threats, Seattle police said. Still, the investigation is proceeding on the assumption that the danger could be real, they said. The state crime lab is examining the letters for any evidence that could lead to a suspect, a Seattle Police Department spokesman said. Investigators are checking tips from the public and are working closely with the FBI and federal postal inspectors, according to police.”

SLOG AFTER THE JUMP…