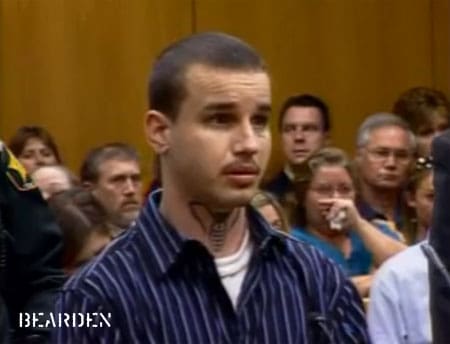 Joseph Bearden, who was convicted earlier today by a jury for second-degree murder in the March 2007 death of Ryan Keith Skipper, a gay Florida man, made remarks at his sentencing, apologizing for the murder and telling the courtroom that he did not witness the murder and if he had seen what had taken place he would have tried to stop it. 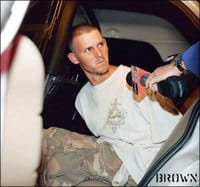 In March 2007, Skipper’s body was found by the side of a rural road in central Florida with more than 20 stab wounds.His car and laptop had been stolen. The car was abandoned and recoveredby authorites, who reported that the assailants had attempted to set iton fire but did not succeed. They had also cut out a seat belt becauseit was so bloody they couldn’t clean it. Bearden, then 21, and William David Brown Jr., then 20, were later arrested and indicted for the killing. A witness brought in by authorities at the time told police that Brown had killed Skipper because he was gay.

Bearden’s co-defendant, William Brown, is to be tried at a later date on charges of first-degree murder and robbery.

Bearden was sentenced to life in prison with the possibility of parole in 25 years.

Watch Bearden speak to the judge and the courtroom, AFTER THE JUMP…