Californians Against Hate founder Fred Karger meets with John Garff, president of Salt Lake City-based Ken Garff Automotive Group, against which CAH has called a boycott: “The California group has called for a boycott of 53 Garff dealerships across six states, including California and Utah, in retaliation for a $100,000 campaign donation made by Katharine Garff, matriarch of the Garff family, in support of Proposition 8, last year’s successful initiative to ban same-sex marriage. Karger and John Garff said they had agreed to keep the substance of their settlement discussions confidential for now, but both confirmed that Karger was drafting a proposal for steps the company might take to resolve the boycott, following the pair’s meeting late Wednesday at Garff offices.” 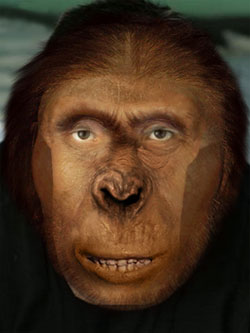 In honor of Charles Darwin’s 200th birthday today, devolve yourself. According to them, this is what I would have looked like 3.7 million years ago.

Check out Octo-mommy’s nine months pregnant belly, but make sure you’re not eating your lunch.

Too much twittering dampens Twitter awards in Brooklyn: “Fueled by vanilla and turquoise martinis (the later named a ‘fail whale’ martini after the turquoise graphic that shows up on Twitter when the site is overloaded), the sneaker-clad crowd kept talking — and sending Twitter messages through their iPhones — as the winners got up to give their 140-character acceptance speeches. Even the hip-hop artist MC Hammer, who arrived to present some awards, couldn’t quiet the crowd down.”

More pics: Britney starts off as happy homemaker in video for song about f.u.c.k.-ing. 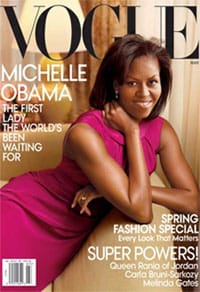 Michelle Obama becomes second first lady to pose for the cover of Vogue.

Ex- NY Met Roberto Alomar in AIDS lawsuit: “Baseball great Roberto Alomar has full-blown AIDS but insisted on having unprotected sex, his ex-girlfriend charged Tuesday in a bombshell lawsuit. The shocking claim was leveled by Ilya Dall, 31, who said she lived with the ex-Met for three years and watched in horror as his health worsened…In April 2005, Alomar told Dall he was suffering from erectile dysfunction and confided “he was raped by two Mexican men after playing a ballgame in New Mexico or a Southwestern state when he was 17,” the suit says…” PLAYS into worst HIV stereotypes…

Joe Torre hopes baseball players would feel free to come out of the closet: “I just hope that an active player, if that’s the case, can feel free to do that. That’s all I can say. But I don’t know. Obviously, you have 25 players in the clubhouse, and, you know, it’s going to be tough for everybody to feel as maybe I do. But I’d like to believe our country is turning in that direction.” 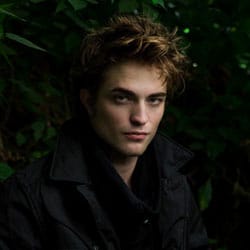 Queercents: how to do a wedding on a budget.

Brazil’s first gay cruise is a hit: “Freedom On Board, the first ever Brazilian gay cruise, departed from Santos in São Paulo last Friday and got back on Monday morning. The cruise was fully booked with 1,700 people, and a bigger one is already in the works for 2010.”