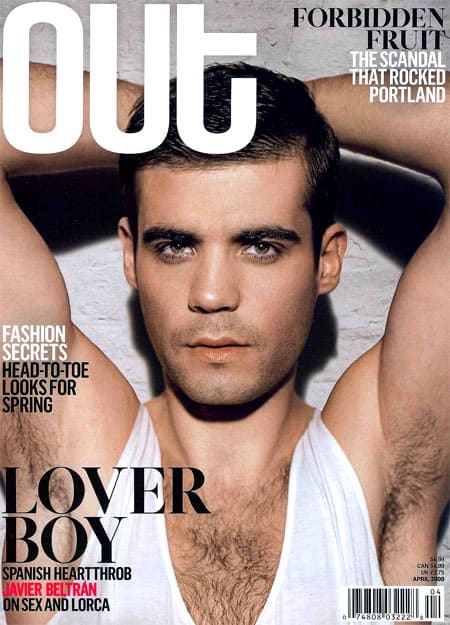 Little Ashes actor Javier Beltran has a much different perspective on the gay scenes in the Salvador Dali biopic than his co-star Robert Pattinson. Beltran appears on April's OUT magazine.

Said Beltran: "We didn't have any problems with the sexuality. On the set it was less important than the emotions. The sex scenes are beautiful—tragic and painful."

Pattinson told GQ: “And here I am, with Javier [Beltrán], who
plays Lorca, doing an extremely hard-core sex
scene, where I have a nervous breakdown afterward. And because we’re both straight, what
we were doing seemed kind of ridiculous. (Now he’s sort of laughing.) Trying to do it doggie-style. Trying to have
a nervous breakdown while doing it doggie-
style. And it wasn’t even a closed set. There
were all these Spanish electricians giggling
to themselves.”

Boy Culture has a nice selection of scans from the article.