George Weber, a news radio reporter for WABC whose body was found stabbed to death in his Brooklyn apartment on Saturday, was killed by a teen he met in a $60 Craigslist sex transaction, the NYDN reports: 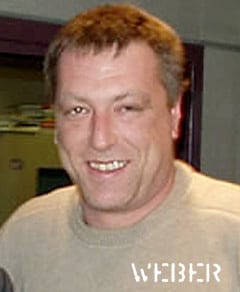 "The emotionally disturbed teenager was arrested early Wednesday morning
after he admitted to cops that he had answered an ad Weber placed on
the Internet looking for a partner in rough sex, police and law
enforcements sources said…The teen admitted he stabbed Weber, but
couldn't remember how many times because he 'blanked out' during the
violent, drug-fuelled assault. The teen was in custody this morning at Brooklyn's 76th Precinct. Cops
found the suspect by combing through Weber's e-mail and Web browser
history and tracking calls he made from his cell phone,  sources said. The teen answered Weber's ad on craigslist, an Internet Web site. The two met in Brooklyn early Friday evening and then returned to the newsman's Carroll Gardens brownstone apartment under the premise of engaging in sadomasochistic acts, sources said."

Weber fought back, police say, because the teen's blood was found throughout the apartment along with the newsman's.

Weber's family released a statement on Tuesday: "We are devastated by the loss of George – Jordy to us. He was truly a caring
person who loved and was loved by all he met. Jordy loved New York
and its people, particularly his Carroll Gardens neighborhood. The
outpouring of support by his friends and neighbors is a blessing to us
and a testimony to his character."