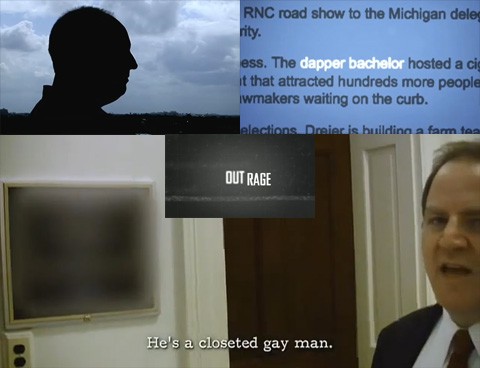 Last week I posted a review of Outrage, the new documentary by Kirby Dick which looks at the anti-gay hypocrisy in Washington D.C. and the media's complicity. 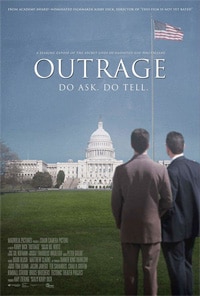 Former New Jersey Governor Jim McGreevey "stormed out" of the premiere on Friday night, according to the Washington Blade's Kevin Naff, who also appears in the film.

Writes Naff: "McGreevey is reportedly upset that his ex-wife Dina was interviewedfor the project. She’s still playing the wounded, naïve victim –supposedly unaware her husband was having sex with men at rest stopsand cheating on her with male staffers. Dina, like her ex-husband, is atalented actor. In the film, she laments being duped and claims herlife and that of her daughter were 'destroyed.' Not to beoutdone, McGreevey manages crocodile tears while recounting how heprayed to his dead grandmother after coming out, relieved that he couldfinally live his 'truth.' Bravo! Oscars for both of them.McGreevey only came out and resigned to avoid prosecution for far worseoffenses than being a lying closet case. The gay community must resistthe urge to elevate this joker to hero status."

Signorile: There was no "storming out" by McGreevey.