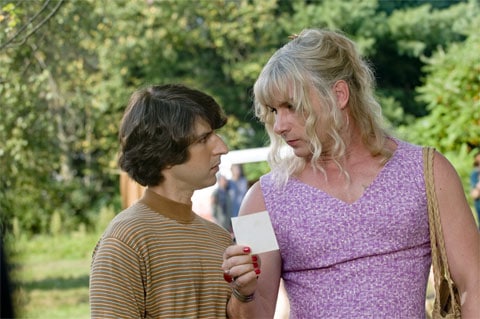 A new trailer for the Ang Lee film Taking Woodstock, about the gay man (Elliot Tiber, played by Demetri Martin) who facilitated the music festival in upstate New York, has been released. Here's the previous one.

And yes, that is Liev Schreiber in drag.

Watch the new trailer, AFTER THE JUMP..