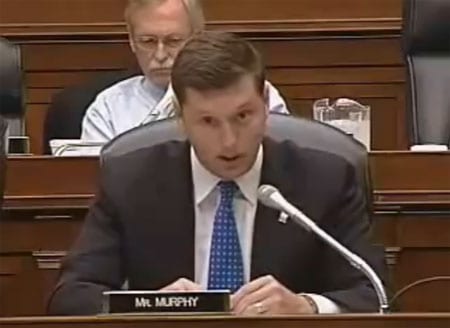 "There's major symbolic significance to that move. Murphyis a member of the House Armed Services Committee and, moreimportantly, a Bronze Star winner and the first Iraq war veteran toserve in Congress."

Towleroad readers may also remember Murphy's thrashing of the anti-gay Center for Military Readiness' Elaine Donnelly at hearings before the House Armed Services Committee in July 2008. If not, I've re-posted it, AFTER THE  JUMP…

Donnelly recently rounded up a group of 1,000 anti-gay retired military officers to get behind her bigoted crusade to stop the repeal of the military's gay ban.