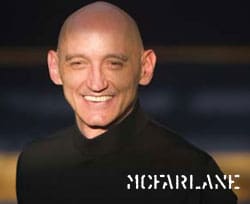 "In a letter found withhis remains, Rodger explained that he was unwilling to allowcompounding heart and back problems to become even worse and result intotal debilitation."

"As his friends and family, we thought it was important that wecommunicate to the world that it has lost an amazingly wonderfulindividual who contributed so mightily to our humanity. Rodgerapproached every aspect of his life with boundless passion and vigor.While many people go their entire lives wanting to be good at just onething, Rodger excelled at virtually everything he did. Brilliantactivist and strategist, decorated veteran, accomplished athlete,best-selling author, and humanitarian are just a few of the accoladesthat could be used to describe our friend. To know Rodger was to lovean irreverent, wise-cracking Southerner who hardly completed a sentencethat didn’t include some kind of four-letter expletive. He fought theright fight every day, was intolerant of silence, and organized wholecommunities of people to advocate for justice. These were traits thatendeared him to us and are traits that make his legacy incredibly richand powerful."

I have posted the full statement, AFTER THE JUMP…

It is with deep sadness that we announce the death of our friend, colleague, and hero, Rodger McFarlane. A pioneer and legend in the lesbian, gay, bisexual and transgender (LGBT) civil rights and HIV/AIDS movements, Rodger took his own life in Truth or Consequences, New Mexico last Friday. In a letter found with his remains, Rodger explained that he was unwilling to allow compounding heart and back problems to become even worse and result in total debilitation. We know that Rodger was in a great deal of pain. Already disabled in his own mind, he could no longer work out or do all the outdoor activities he so loved. He was also now faced with the realization that he could literally not travel, making employment increasingly difficult. As his friends and family, we thought it was important that we communicate to the world that it has lost an amazingly wonderful individual who contributed so mightily to our humanity.

Rodger approached every aspect of his life with boundless passion and vigor. While many people go their entire lives wanting to be good at just one thing, Rodger excelled at virtually everything he did. Brilliant activist and strategist, decorated veteran, accomplished athlete, best-selling author, and humanitarian are just a few of the accolades that could be used to describe our friend. To know Rodger was to love an irreverent, wise-cracking Southerner who hardly completed a sentence that didn’t include some kind of four-letter expletive. He fought the right fight every day, was intolerant of silence, and organized whole communities of people to advocate for justice. These were traits that endeared him to us and are traits that make his legacy incredibly rich and powerful.

The power of Rodger’s many personal and professional accomplishments cannot be denied. He was on the forefront of responding to the AIDS epidemic that ravaged our country – and specifically the gay community – in the 1980’s. Before HIV even had a name, in 1981, Rodger set up the very first hotline anywhere; he just set it up on his own phone. That was the Rodger we knew. A born strategist and leader, Rodger took three organizations in their infancy and grew each into a powerhouse in its own way, empowered to tackle this national tragedy.

One of the original volunteers and the first paid executive director of Gay Men’s Health Crisis, the nation’s first and largest provider of AIDS client services and public education programs, Rodger increased the organization's fundraising from a few thousand dollars to the $25 million agency it is today. Until his death, he was the president emeritus of Bailey House, the nation's first and largest provider of supportive housing for homeless people with HIV.

From 1989 to 1994, he was executive director of Broadway Cares/Equity Fights AIDS (BC/EFA), merging two small industry-based fundraising groups into one of America's most successful and influential AIDS fundraising and grant-making organizations. During his tenure at BC/EFA, annual revenue increased from less than $1 million to more than $5 million, while also leveraging an additional $40 million annually through strategic alliances with other funders and corporate partnerships. Rodger was also a founding member of ACT UP – NY, the now legendary protest group responsible for sweeping changes to public policy as well as drug treatment and delivery processes.

Most recently, Rodger served as the executive director of the Gill Foundation, one of the nation’s largest funders of programs advocating for LGBT equality. He transformed the Foundation by sharpening its strategic purpose. He focused its philanthropy in the states, aligned its investment with political imperatives and forged relationships with straight allies that helped to further both the LGBT movement as well as the greater progressive movement. Rodger was instrumental in the creation of the Gill Foundation’s sister organization, Gill Action. The brilliance of Rodger’s vision is being seen today as important protections for LGBT people become a reality in more and more states.

No one will ever doubt that our friend Rodger lived a rich and complete life. A proud U.S. Navy veteran, Rodger was a licensed nuclear engineer who conducted strategic missions in the North Atlantic and far Arctic regions aboard a fast attack submarine. A gifted athlete, he was a veteran of seven over-ice expeditions to the North Pole. He also competed internationally for many years as an elite tri-athlete, and in 1998 and 2002, competed in the Eco-Challenges in Morocco and Fiji, where he captained an all-gay female-majority team.

In spite of the fact that Rodger never completed college, he was an accomplished and best-selling author and the producer of works for the stage. Rodger was the co-author of several books, including The Complete Bedside Companion: No Nonsense Advice on Caring for the Seriously Ill (Simon & Schuster, 1998), and most recently, Larry Kramer’s The Tragedy of Today’s Gays (Penguin, 2005). In 1993, he co-produced the Pulitzer Prize-nominated production of Larry Kramer’s The Destiny of Me, the sequel to The Normal Heart.

Rodger had a reputation as a hard-ass. That reputation didn’t do him justice. Many of us will remember Rodger as a caregiver, a man who nursed countless friends and family members battling cancer and AIDS. He was the most compassionate and giving of friends, especially to those in physical or emotional distress.

His many achievements were recognized throughout his life. Most recently, he had received the Patient Advocacy Award from the American Psychiatric Association. Other honors included the New York City Distinguished Service Award, the Presidential Voluntary Action Award, the Eleanor Roosevelt Award, and the Emery Award from the Hetrick Martin Institute, as well as Tony and Drama Desk honors.

How do you sum up someone’s life in just a few words? It’s impossible and you can’t. To commemorate Rodger’s life, his friends will organize celebrations of his, the details of which are still in the planning stages. If Rodger was anything, he was a character through and through; there are, quite literally, thousands of “Rodger stories.” That’s part of what made him such a special person. During our celebrations, we’ll share some of these stories and reflect on the many legacies left by our friend for life, Rodger McFarlane.

Information on donations in memorial will also be forthcoming.