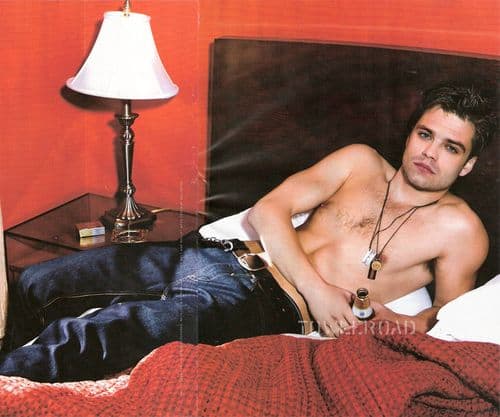 Sebastian Stan in the June/July 2009 issue of OUT.

Stan says that Keith Olbermann's well-known special comment on Proposition 8 helped him to understand how to approach his gay closeted character on NBC's Kings (which, incidentally has postponed the remainder of its episodes till next month).

"I'd never really seen him before, but to hear him speak so passionately about understanding it as a pure human thing, even though it wasn't something he was brought up to think, was awesome. And thinking about that as it relates to my character, who becomes more secure and stops thinking that he has to be the prototypical leader he was taught to be as a child, was very moving."

Previous Post: « Beau Breedlove Files for Restraining Order Against Reporter
Next Post: Gay Man Beaten by Gang of People at Ohio Bar Over His Sexuality »