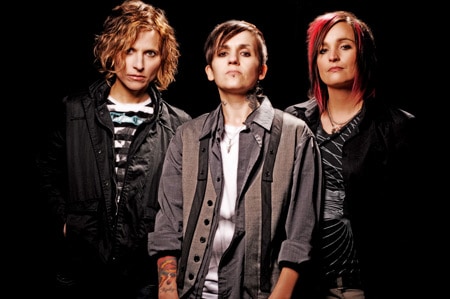 The editors of Modern Tonic
present a weekly music update here on Towleroad. The rest of the week,
they scan the pop-culture landscape for movie, TV, book and Web
recommendations in their daily email.

NEW AND WORTH CHECKING OUT:

Check out their sultry brand of rock fireworks with our FREE DOWNLOAD of album-highlight “Red and Blue.” 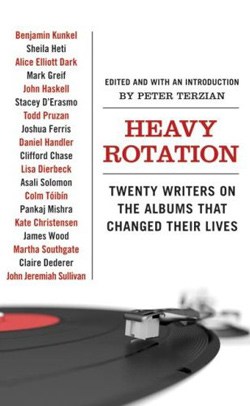 In the affecting new collection of essays Heavy Rotation: Twenty Writers on the Albums That Changed Their Lives (out today), various writers delve into the albums that rocked their worlds. Among them are a few LGBT authors who share their personal experiences: Clifford Chase on The B-52s’ self-titled debut, Stacey D’Erasmo on Kate Bush’s The Sensual World, Colm Toibin on Joni Mitchell’s Blue, and Peter Terzian (also the book’s editor) on Miaow’s unreleased album Priceless Innuendo.

EMI has served Australian clothing designer Katie Perry with a cease-and-desist order to stop her from using her own name; apparently they believe its too similar to that of their superstar artist Katy Perry, born Katheryn Elizabeth Hudson.

Courtney Love is reviving the name of former band Hole for her forthcoming album, due late '09/early '10, though she will be the only person on the album who was in the band.

Moby's New York vegan cafe, Teany, has been destroyed in a fire. No one was hurt, and they hope to 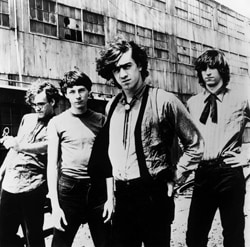 reopen in the next two months.

ABBA-esque: Benny Andersson Band's new single, "Story of a Heart," co-written by Andersson with Björn Ulvaeus and featuring Anni-Frid/Agnetha-style vocals from Helen Sjöholm, will be released in the U.K. July 6.

The South may never rise again, but it sure can be remastered and re-released. Athens, GA’s finest, R.E.M., get a Deluxe Edition release for their classic, Reckoning, including the entire CD and a bonus live set from 1984.

Big girls don’t cry, but they stomp, shriek, holler and tear up the dance floor on Gossip’s new Music For Men (available digitally only). 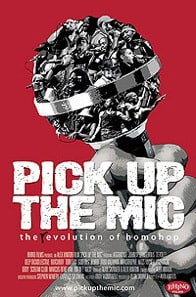 Having won over both the Strokes and Grey’s Anatomy, quirky Russian songstress Regina Spektror drops Far, her third major-label release.

Michael Johns — the 2008 American Idol contestant unjustly voted off at #8 — is hoping for some Jennifer Hudson-like love with his new release, Hold Back My Heart.

Pick Up the Mic: The Evolution of Homohop‚ a one-of-a-kind documentary (out on DVD) recounts how a small circle of LGBT rappers carved their own niche within a market that continues to insult‚ if not ignore, them altogether.

Pixie Lott: "Mama Do"
Before you yawn and say “Duffy clone,” check out this hand-clapping, choreography-heavy #1 U.K. single and swear you weren’t singing along from the first chorus.

The Temper Trap: "Sweet Disposition"
Bronski Beat are reborn as a space-age Aussie alt-rock quartet on this
falsetto-dripping love rave — also prominently featured in (500) Days
of Summer — from the band’s forthcoming debut, Conditions.