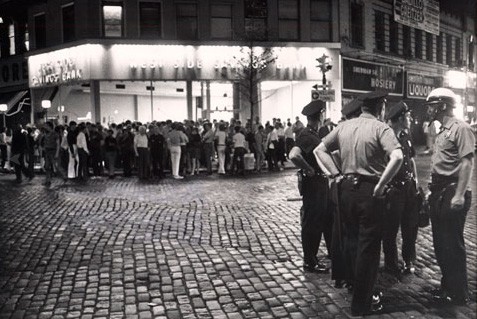 The NYT's City Room has posted a set of images related to the Stonewall riots of 1969 shot on July 2, five nights after the raid. The photo above shows the corner of Seventh Avenue, Christopher, and West 4th street. The West Side Savings Bank occupied the space and apparently the windows had been smashed and the lights were on to discourage any further vandalism.

The intersection was still completely cobblestones, it appears.

The shot below is of the Stonewall Inn. The Times says the bar had draped a string of light bulbs over its marquee signaling to customers that it was safe to return.

Much more explanation at City Room, with a couple more photographs. 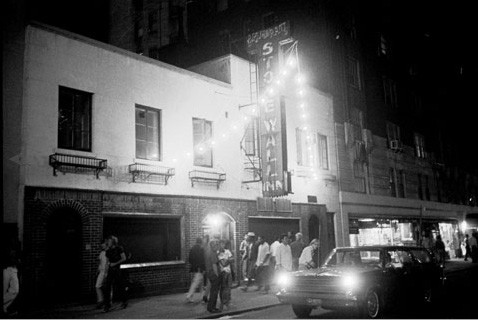