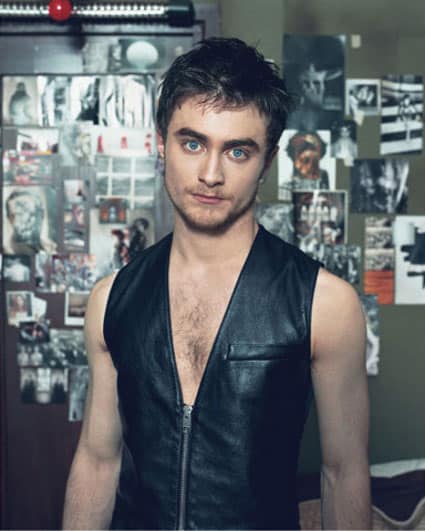 In an interview with Moviefone, Harry Potter star Daniel Radcliffe demonstrates yet again what an evolved lad he is when asked about Dumbledore's status as a gay wizard icon:

"It's wonderful. I grew up around gay people my entire life, basically,
that's possibly why I'm quite camp, and some people think I'm gay when
I meet them, which I think is awesome. It's always good to keep them
guessing [laughs]. I don't go on any blogs or chats or anything, but my
friends are demons for them, and apparently someone said 'Daniel
Radcliffe is gay. He's got a gay face!'
[Laughs] I really don't know what a gay face is. But I think it's
wonderful that Dumbledore was outed as gay … Half of me thinks Jo
Rowling just did that to see
if she could piss off the right wing, but I'm not sure how true that
is. I think she had it planned, I think she always knew he was gay."

Previous Post: « The Ladies of The View Moved by Brüno
Next Post: Fort Worth Mayor Apologizes for Gay Bar Raid at City Council Meeting »