The Texas Alcohol Beverage Commission and the Fort Worth Police Department raid of the Rainbow Lounge late last month was the centerpiece of an emotional Fort Worth City Council meeting attended by 500 people last night during which the mayor apologized and several activists were led out after interrupting the proceedings. 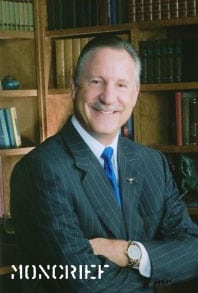 "[Mayor Mike] Moncrief
told the meeting neither the TABC nor police had finished
investigations into the raid, which initially had been called a routine
license inspection. But the mayor said he has asked the U.S. Attorney's
Office to review the department's findings. Someone in the audience then called out for an apology. 'If
you want an apology from the mayor of Fort Worth: I am sorry about what
happened in Fort Worth,' Moncrief said, as the crowd erupted in
applause and stood."

Seven members of the Dallas-area activist group Queer LiberAction were escorted from the meeting after demanding the Rainbow Lounge incident be moved up on the meeting's agenda, reports the Star-Telegram:

"'Hear us now! Hear us now!' five men chanted in a hallway outside
City Council chambers. The men, believed to be members of Queer
LiberAction, a Dallas-based gay rights group, were led out of the
building by city marshals. Inside the meeting, the group's founder, Blake Wilkinson, repeatedly interrupted Mayor Mike Moncrief. 'We're sick and tired of being put on the last of the list,' Wilkinson said. Moncrief,
at one point banging his gavel to try to regain order, attempted to
explain the 'house rules' to Wilkinson, stating that the agenda would
not be changed but that everyone who wished to speak would be heard."

Additionally, Fort Worth Police Chief Jeff Halstead has named "an interim liaison to the GLBT community.": "

Officer Sara Straten, a 17-year police veteran, will fill the role
by attending meetings, events, and various GLBT functions and report to
the chief. Meanwhile, the police department will search for possible funding
for a full-time position at which time Chief Halstead will seek input
from various community leaders to ensure their involvement in the
selection process."