Florida Governor Charlie Crist's response to a journalist that he'd "have to think about it," when asked if he'd support lifting the state's ban on gay adoption, has inspired hope in an ACLU attorney: 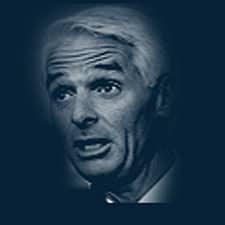 "Robert Rosenwald, an attorney for ACLU who is challenging the law, was cautiously optimistic. 'He's always said in the past the he supports the ban,' Rosenwald said. 'The fact that the governor is now willing to reconsider the issue, we
can work with that.'"

Crist today began a statewide "Explore Adoption Day" tour to encourage adoption in Florida. Of course, the irony is that his administration is appealing a decision by Circuit Court Judge Cindy Lederman which struck down the state's law banning gay adoption.

Lederman was demoted earlier this month. Crist was recently the main focus of the Kirby Dick documentary Outrage, which put a spotlight on closeted politicians who behave hypocritically.

The group Securing Our Children's Rights asks Floridians to call their lawmakers today and tell them to lift the ban on gay adoption.