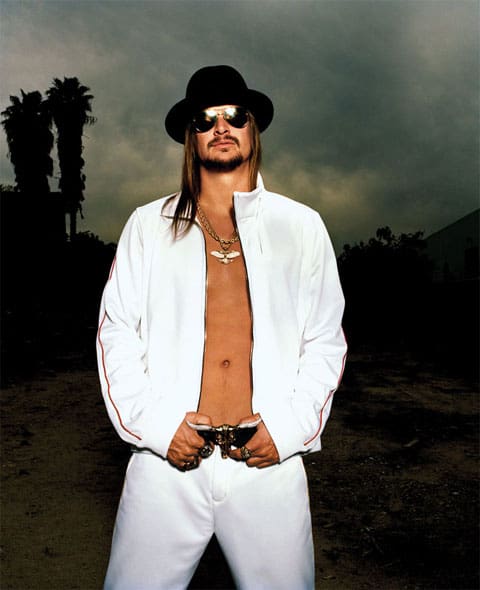 Kid Rock uses "gay" as a pejorative term when describing Twitter in a new issue of Rolling Stone, according to Page Six.

Says the rapper/singer/songwriter: "It's gay. If one more person asks me if I have a Twitter, I'm going to
tell them, 'Twitter this [bleep], mother[bleep]er.' I don't have anything to say, and what I
have to say is not that relevant. Anything that is relevant, I'm going
to bottle it up and then squeeze it onto a record somewhere."

Previous Post: « Vampire Thirst Quenched as ‘Tru Blood’ Beverage Comes to Stores
Next Post: Mika Strips to His Boxers in ‘We Are Golden’ Video »