Like the U.S., China faces its own ban on blood donation by gays, perpetuated by similar myths and prejudices, but a group of lesbians there is trying to change that with a petition, China Daily reports: 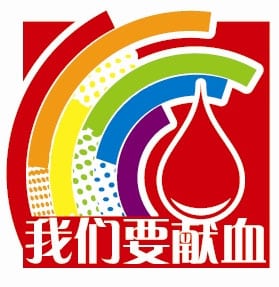 "At least 540 lesbians nationwide have signed the online petition, Liu said. Their goal is 1,000 signatures. 'We just hope the authorities respect our kind intention to donate
blood and remove the discrimination,' Liu said. 'I think it's also what
China's 30 million homosexuals, including 10 million lesbians, want,'
said [college student] Li [Yu]. Shi Weiwei, deputy director of the Beijing Red Cross Blood Center,
told China Daily that the regulations barring homosexuals from donating
blood stem from safety concerns. 'As we all know, the incidence of sexually transmitted diseases
(STDs) including the deadly HIV/AIDS, is much higher among groups such
as drug users and homosexuals, particularly gay men, who tend to have
multiple sex partners,' she said."

In related news, a study published in the Journal of LGBT Youth reveals that Asian-American gay and lesbian youth face greater societal stress than other ethnicities:

"Hyeouk Chris Hahm of the Boston University School of Social Work said the process of homosexual identify formation among Asian and Pacific Islanders youth is affected by central societal stresses including the role of family life, personal sacrifice for family tranquility and generational clashes, as well as external factors such as racism, sexism and acculturation."

Previous Post: « Vogue Evolution to be First Gay Crew on America’s Best Dance Crew
Next Post: British Soap Actor Who Wants to Do Beckham, Does Beckham »