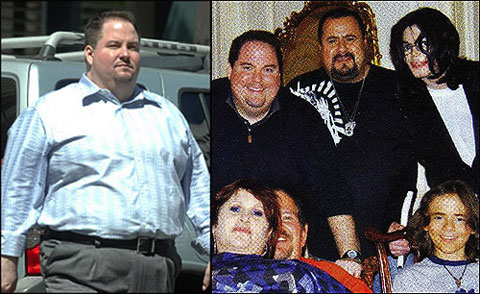 Jason Pfeiffer, an employee of Michael Jackson's dermatologist Arnie Klein, has trotted to the tabloids:

"I've lost my soul mate, it's very hard to describe the loss I feel but there is something that is empty in my heart. I guess our first 'date', if you can call it that, was in my car. We went for a drive and were talking and having fun, but
Michael had his minders who were 'nosey', as Michael put it. We had to make sure we were not caught, and although the date was
short as I had to take him home before anyone noticed, we had a great
time. I thought nobody else knew [about us] but have since discovered that others did surmise the truth…He did not like looking at old photos of himself and didn't want his children to see them either. He desperately wanted to recreate the old glory days for fans, the kids and for himself."

Pfeiffer claims he spent Christmas with the Jackson family and called their affair "a short romantic love story that ended in tragedy."