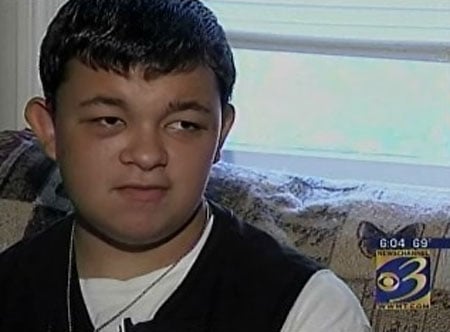 Two teens have been charged in the beating of 15-year-old Steven Harmon, which I posted about on Monday:

"Steven Harmon told the Kalamazoo Gazette for a Thursday story that he was punched in the head and face about 20 times while being called 'faggot' and 'queer' by two other boys.The Gazette reported Steven suffered bruising, a swollen lip and eye, and a fracture to a bone near his right eye.The boys, ages 15 and 16, have been charged as juveniles with aggravated assault, the newspaper reported."

The teens will likely not face hate crime charges as the state's hate crime laws do not cover sexual orientation. Harmon's mother speaks in a video I posted on Monday, AFTER THE JUMP…