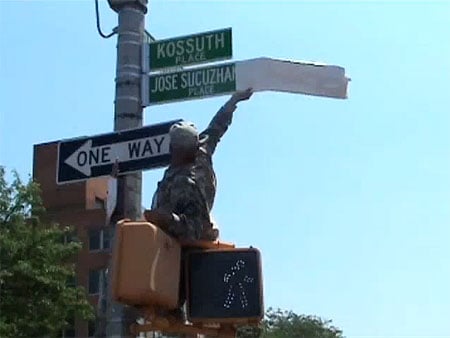 You may remember the December 2008 murder of José Sucuzhañay on the streets of Brooklyn, by two men who yelled anti-Hispanic and anti-gay epithets as Sucuzhañay walked home from a night out drinking with his brother. Keith Phoenix and Hakim Scott were charged with second-degree murder, manslaughter and assault, all ashate crimes, for the attack.

On Saturday, the corner where the attack took place, at Kossuth Place and Bushwick Avenue, was given another name, José Sucuzhañay Place.

Watch the unveiling, and remarks from City Council Speaker Christine Quinn,
AFTER THE JUMP…