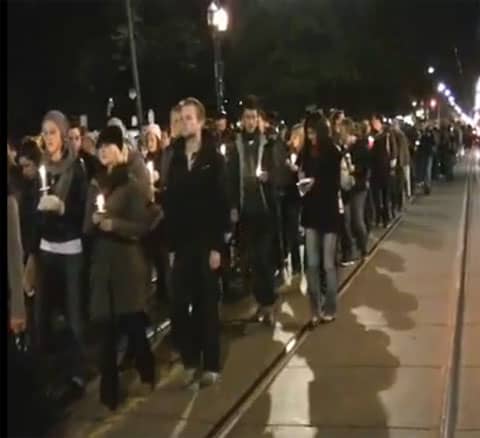 A crowd estimated at around 1,000 turned out for a vigil in honor of Christopher Skinner, a 27-year-old gay man in Toronto who was beaten by a group of people in an SUV and then run over and killed while walking home from a birthday party last week. 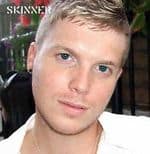 Late last week, authorities held a press conference at which they released images of the SUV they believed killed Skinner. Authorities are not sure what the motivation behind the murder was, but they have some theories they are floating. Based on a security camera video, police say Skinner may have accidentally touched the SUV while hailing a cab, inspiring the violent attack which took his life.

It's also entirely possible that a group of kids, emboldened by alcohol, saw avulnerable looking guy they perceived to be gay trying to hail a cab onthe street, stopped, beat the crap out of him because of hatred for gays, and then ran him over.

Watch scenes from the vigil and interviews with Skinner's friends, AFTER THE JUMP…