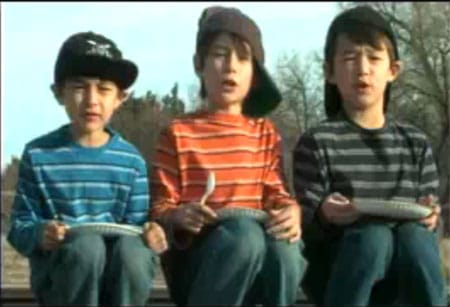 As you likely know already, the Heene family balloon escapade has been proven to be a complete hoax, and criminal charges are now likely to be pressed against Richard Heene.

In the media dig for more details on this bizarre family, a video has recently surfaced (actually it’s been around a while, gathering nearly half a million views) featuring the three Heene kids performing a rap against “Pussification” which the video defines as “The modern day teachings of human beings living a superficial lifestyle of consumerism, obesity, and over protectiveness for themselves and their children (put them in a corner for ‘Time Out’) in an effort gain as many supporters as possible to believe that they are better than everyone else around them. The females are typically referred to as ‘Soccer moms’ while the males are referred to as ‘Pussies’.”

The video also features the same sort of anti-gay lyrics you might find in a Buju Banton video:

“I look up in the tree. What do I see? I see a faggot trying to pee (?) on me. I pick up a rock. Threw it at his cock.” The rest is unintelligible, but it has something to do with sending the faggot to a doctor where he is taken care of.”

The segment above can be found starting at around 2:29. 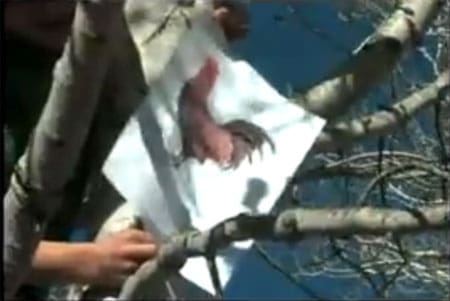 Previous Post: « Gays and Evangelicals Face Off as Fort Worth ‘Kiss-in’ Gets Rowdy
Next Post: Rhode Islanders Rally for Marriage Equality, Denounce Governor »