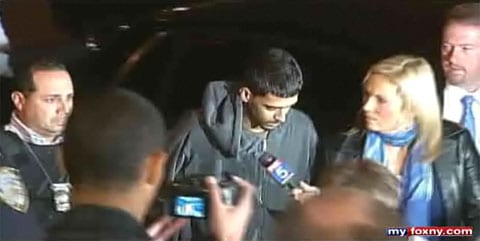 The suspect's sister, Christina Rodriguez, told the New York Daily News that her brother does not hate gays because he has gay relatives and once had a gay roommate: "If he's guilty of anything, he'll man up to it."

The good news is that Jack Price, the 49-year-old victim, has been taken off a respirator and is in stable condition. Price underwent surgery last night.

NOTE from Commenter Nathan James: "There will be a March and rally protesting this horrendous attackon Saturday, in Queens. The March begins at 2PM at College Point Blvd.and 20th Avenue, proceeds past the site of the attack, and culminatesin a Rally at Poppenhausen Playground on 14th Avenue. Take a 7 train toMain Street, then Q65 bus to 20th Ave. I strongly encourage everyone inthe NYC area who can do so, to come out and make a bold statementagainst homophobic violence."