Muslim footballers agree to play Paris gay team: "Bebel director Zahir Belgharbi insisted there had been 'a misunderstanding' and sent out a statement through club lawyer Benedicte Puybasset indicating they were indeed ready "'to play the match'." Background. 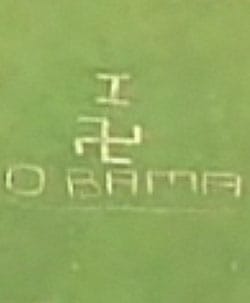 Rad: Guess who's returning to Broadway?

Rex Wockner's report on the National Equality March: "The praise for Obama inside HRC's fancy dinner and the denunciations of
Obama in the streets of D.C. seemed to unequivocally confirm the split
that's emerged in the gay community in the aftermath of the passage of
Proposition 8 in California."

Listen: Michael Jackson's new track "This Is It".

Girls Gone Wild creator Joe Francis attended National Equality March: "The 'Girls Gone Wild' creator told us, 'With the gay
movement, it's personal. The same religious-right [bleep]holes who took
away my civil rights and put me in jail for a year because they don't
like what I do for a living have taken away gay rights. I know
firsthand how it feels to have your civil rights stripped from you.'
Francis
added, 'P.S., lots of lesbians marched, too.'" 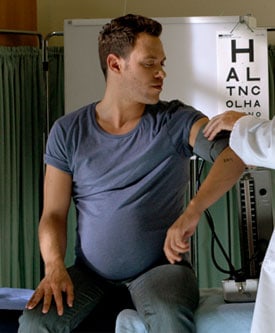 Gay Navy veteran Joseph Rocha in the Washington Post: "I even saw "don't ask, don't tell" used against heterosexual female
service members who had reported being the victims of sexual assault.
If my chief acted on their statements, he would be forced to punish a
friend of his, so the easiest way to make the problem go away was to
scare the women into silence by saying something like: 'You weren't
sexually assaulted by a male in my unit. I hear you're a lesbian.'
After all, homosexuals have no rights in our military. You can't
sexually assault someone who doesn't exist."

100-year-old breaks shot put record in Sydney: "All eyes were on Ruth Frith, from Brisbane, as she arrived for day two
of the World Masters Games, hoping to win gold in the shot put and
feeling pretty confident as she was the only competitor in the
over-100s category. But her 4.07 metre (13 ft 4.2 in) throw on Sunday didn't just win her gold, but also broke a world record."

Justin Timberlake used to get called "sissy" by the football players. 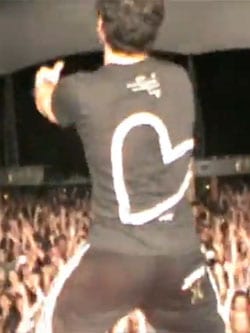 Jesus Luz gets $18K for half hour of DJing in Brazil.

The Obamas and art: demand innovation, not admiration.

Russian singers and writers call for end to discrimination against gays: "They met after a local official tried to close Moscow's
longest-running gay club, Dusha i Telo, where many of the artists have
performed. Activist Nikolai Alekseyev, who called the meeting,
said it was the first time celebrities had come together publicly to
denounce homophobia."

Toys"R"Us reprimanded by sixth grade class for gender discrimination: "According to the youngsters, the Toys"R"Us Christmas catalogue
featured 'outdated gender roles because boys and girls were shown
playing with different types of toys, whereby the boys were portrayed
as active and the girls as passive', according to a statement from Ro."