A heterosexual UK couple have given only their initials to the council registrars at Islington Town Hall in hopes that they'll be able to enter into a civil parttnership, the Daily Mail reports: 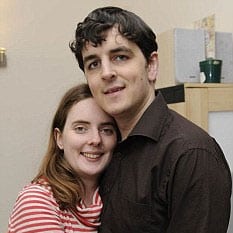 "Tom Freeman and Katherine Doyle, both 25, are determined to become the first straight couple to wed in a civil partnership.

The civil servants, who live in Holloway, north London, and have been together nearly four years, said they want the same legal rights as a husband and wife.

But they do not want to enter an institution that is closed to homosexuals.

So, in the interests of equality, they are demanding that they be allowed to enter a civil partnership.

Mr Freeman said: 'Ideally we'd have the option of a civil partnership or a marriage, regardless of whether we were straight or gay.

'Effectively marriage and civil partnerships are exactly the same – it's a duplicate law. The effects and legal processes are identical. The rights and obligations are identical.'

He added: 'Civil partnerships are equality in all but name – so why not just have equality?"

UK activist Peter Tatchell is on board: "The ban on heterosexual civil partnerships is heterophobic. It is discriminatory and offensive. I
want to see it ended so that straight couples like Tom and Katherine
can have the option of a civil partnership. I applaud their challenge
to this unjust law."