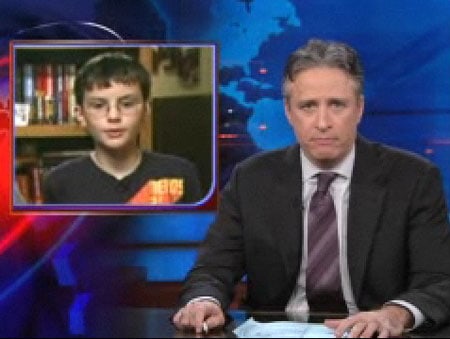 Last night, Jon Stewart discussed Peter Vadala, the dude who said he got fired from Brookstone because he didn't agree with his colleague's views on same-sex marriage, and Will Phillips, the 10-year-old who refuses to say the Pledge of Allegiance until gay people have equality. 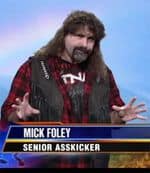 Says Foley: "I was touched by young Will's plight so I'll tell you what I'm goingto do: If I find out that anybody has hassled this young man or teasedhim or called him a wad of any sort, I and perhaps a few of my friendswill come to his school and bring a world of pain. Teachers, faculty,students be ware because the eyes of Mick Foley are upon you."