Julie Kamps, a former associate of Fried, Frank, Harris, Shriver & Jacobson who is a lesbian, has filed suit against her former firm, saying she was denied partner because of her sexuality, and making several claims of harassment, Am Law Daily reports: 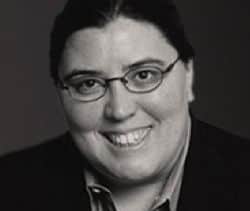 Kamps, who previously filed a less
detailed complaint with the U.S. Equal Employment Opportunity
Commission, claims that a female partner at Fried Frank sexually
harassed her. She also alleges that the firm instructs lawyers to write
exaggerated negative performance reviews about associates the firm
wants out.

A firm spokeswoman did not immediately provide a comment in response
to the suit. Kamps, a graduate of Harvard Law School, worked at Fried
Frank from 1998 until January of this year, when the firm terminated
her in the middle of an arbitration hearing.

In the complaint, to be filed this week, Kamps claims that Janice
Mac Avoy, a litigation partner, "knowingly made unwelcome sexual
advances and sexual comments to Kamps, both alone and in the presence
of others." Mac Avoy allegedly "told Kamps it was 'the biggest regret
of her life' that she had not slept with Kamps 'when she had the
chance,'" and discussed various sexual acts with Kamps, the complaint
states. Kamps also alleges that Mac Avoy encouraged her to "wear
women's clothes," because William McGuinness, chair of the firm's
litigation department, believed Kamps's preference for men's shirts
could "make clients uncomfortable."

Kamps filed the $50 million suit yesterday: "A spokesman for the firm said the suit had 'no substance.'"

Previous Post: « Ex-Wife of Rugby Star Gareth Thomas on His Coming Out
Next Post: Staff of Chicago Gay Paper Walks Out »