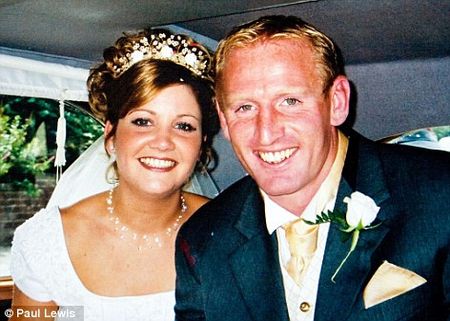 "I still love Gareth and I will never stop loving him,' says
Jemma, in her first interview since he publicly announced he was gay.
'What happened to us is just so terribly sad. He really was the perfect
husband in every other way.

"I'm
incredibly proud of him for coming out and if anyone thinks any less of
him because of it, then they are stupid. I know it was a massive relief
when he told me, his family and close friends three years ago, and it
will be even more of a relief now that everyone knows.

"He is now free to be who he is and I, and everyone else who knows
and loves him, am happy for him because he is a very special person. I
don't feel angry, embarrassed or humiliated, nor do I regret marrying
Gareth for a second. I know with all my heart that he adored me as much
as I adored him on our wedding day, and I had the most fantastic years
of my life with him.

"It would be easy to wallow in
self-pity and dwell on the negatives, but I am a positive person and
I'm grateful that he loved me so much he had to tell me the truth
because he felt I deserved better.

"He released me and in doing so he released himself. Gareth
could have waited for years to tell me, wasted my life, and where would
that have left me? I was only 30 when he told me, still young enough to
meet someone else and have children."