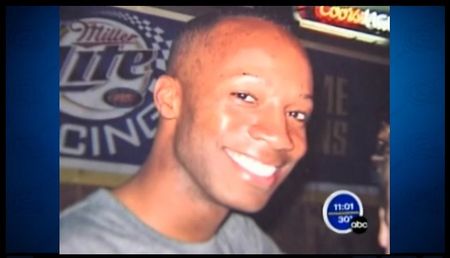 Marland Woods, a gay man from Toledo, Ohio died December 19 of injuries sustained earlier this month during a fight at Caesar's Showbar, a gay club in the city. The police say there is no indication of a hate crime at this time, but the victim died violently, and many questions remain. The one man arrested was released on bond and not charged. 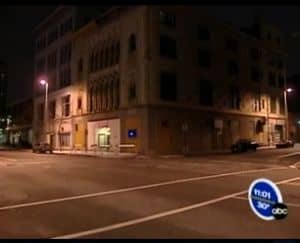 "Woods, 33, was beaten outside of Caesar's Showbar, 725 Jefferson Ave., Toledo, following a large bar fight involving multiple people that spilled out of the bar, according to Toledo Police Sgt. Tim Noble.Woods was pronounced dead at 7:50 p.m. Saturday at Mercy St. Vincent Medical Center from head injuries.Shonda Floyd, Woods' sister, said it was ironic the incident happened at a bar because her brother preferred the comforts of his Findlay home…Toledo police arrested Norman Corggens, 20, of Toledo, for felonious assault the day of the fight, but have not charged him or anyone else with murder, Noble said. Corggens was released on bond after a hearing in Toledo Municipal Court.Caesar's Showbar Web site describes the establishment as a bar for lesbian, gay, bisexual and transgender people.Woods was a gay man, who had a 10-year domestic partnership with Brian Hunker. The two purchased a house together in Findlay in 2005 and had a commitment ceremony in September, Hunker said.However, police do not believe the Toledo beating was a hate crime.' There is no indication at this point that this is a hate crime,' Noble said Tuesday.It is unknown how or why the fight got started, he said.Hunker said he was told the fight started after one person bumped another on the dance floor, and the altercation prompted Caesar's personnel to clear the bar."

Watch an interview with Woods' family and domestic partner, AFTER THE JUMP…