In a new Huffington Post piece that makes note of yesterday's blog swarm, Nathaniel Frank, Palm Center Senior Research Fellow and author of Unfriendly Fire: How the Gay Ban Undermines the Military and Weakens America, discusses why "Don't Ask, Don't Tell" repeal is in "grave peril" because of a vacuum of leadership, lingering Democratic fears of a culture war, and the complacency of the Human Rights Campaign. 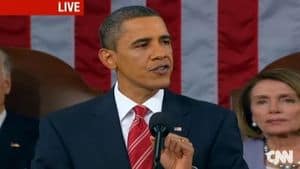 Frank argues that Obama is making the same leadership mistakes with this measure as he did with health care:

So why on earth would the President take the same failed tack with reforming the gay ban? Why not put real teeth into his promise by telling the Pentagon to put repeal in the Authorization bill? Probably because this champion of a "new day" in politics continues to suffer from the Democrats' longtime aversion to taking the lead on gay rights, out of fear that culture warriors will exploit their position–never mind that Democrats lose more power by appearing bereft of principles and deliverables than by appearing to support equal treatment. And it probably doesn't help that the famously risk-averse Rahm Emanual carries personal scars from his tenure as a young Clinton staffer when that president was burned by his own failures on this issue.

It's also not helping that the gay community has too often given the President a pass on leading on this issue. Yes, Congress has to pass repeal to get this law off the books, but that process should begin with Obama telling the Pentagon to put repeal in the Authorization bill. And for that to happen, gay groups will need to let the White House know that the status quo is not acceptable.'

Frank says the Human Rights Campaign needs to get moving:

Some feel that HRC would rather fundraise for several years on the illusion of momentum than actually help to achieve repeal. If HRC wants to disabuse the community of that suspicion, it will need to ensure that its prized access to Washington power is used to have a real impact, rather than to enjoy that access for its own sake. One reasonable option would be to publicly tell the President that it will not endorse him for re-election if he does not secure repeal in his first term, a promise that Press Secretary Robert Gibbs said he believed the President would keep.

The problem is that professed proponents of repeal keep muttering that we will get repeal this year, without saying how. "There is a clear path to repeal," said an HRC spokesman this week, "and that's the one we're on." Many of us would like to know what that path is if it does not include demanding the President put it in the base bill. Because legislative repeal will only become harder after the 2010 midterm elections.