Could mass prescription of anti-retroviral drugs rid world of AIDS? 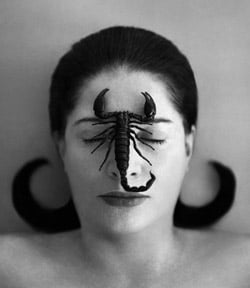 Performance artist Marina Abramovic to be subject of documentary. Teaser.

Robert Pattinson grabbed the lube bottle instead of the Dep.

Coakley argues that regulating marital status has traditionally been left to the states. She also says the federal law treats married heterosexual couples and married same-sex couples differently on Medicaid benefits and burial in veterans' cemeteries."

Ryan Carnes gets into his birthday suit.

Colin Firth sparkles at the BAFTAs.

The Kids are All Right picks up Teddy Award at Berlinale Film Festival. "The Teddy for the Best Feature Film goes to Lisa Cholodenko’s The Kids Are All Right for being a well-crafted and humorous take on the issues facing contemporary lesbian parents and the complexity of sexuality, relationships and family bonding." 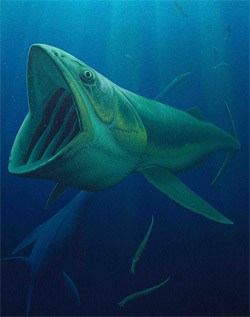 Fish the size of SUVS once filtered our oceans for food.

What you get when you try to join a Wi-Fi network in SF's Castro.

French murderer of lesbian couple commits suicide in prison: "The accused man's death angered the victims' families, who had hoped that his trial in April might clear up the many mysteries surrounding their deaths. Treiber, 46, a forest worker and gamekeeper with no criminal record, was charged with the kidnapping and murder of Geraldine Giraud, 36, and Katia Lherbier, 32, a lesbian couple, in November 2004."

Paparazzi gets shot of gay man "groping" a celebrity's breast. 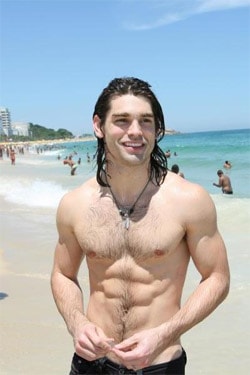 Travis Barker to paparazzo: "F**king snitch fa**ot motherf**ker, no one has your gay ass phone."

Indian professor suspended for being gay: "An Aligarh Muslim University professor, on the verge of retirement, was suspended after some students set up cameras to catch him having consensual sex with a rickshaw-puller in his campus home, and sent the video film to university authorities." Vice chancellor: homosexuality will not be allowed on campus.

Opposition grows to ruling that decriminalized gay sex in India.

…By focusing on the effort to tighten regulation of insurance costs, a new element not included in either the House or Senate bills, Mr. Obama is seizing on outrage over recent premium increases of up to 39 percent announced by Anthem Blue Cross of California and moving to portray the Democrats' health overhaul as a way to protect Americans from profiteering insurers."

Previous Post: « GOProud’s Jimmy LaSalvia to NOM: ‘Who’s the Pansy at CPAC?’
Next Post: Towleroad Guide to the Tube #610 »