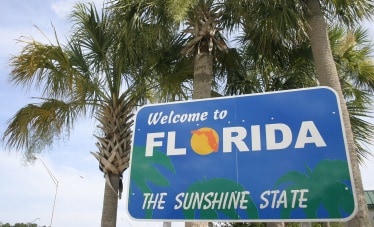 Really? Not only is this an incredibly homophobic bill but Florida would lose out on the much-needed money these productions bring to the state:

"… a new bill that increases tax incentives to lure television and movie production to Florida would deny those tax breaks to films that feature gay characters. And unlike the ultraconservative Republican politician in The Birdcage, it doesn't seem the bill's sponsor, Rep. Stephen Precourt, will have a change of heart anytime soon.

Current laws prevent tax breaks for films that feature smoking, sex, nudity, or profane language. The proposed changes make Florida guidelines seem even more like the Hays Code that censored Hollywood from the the '30s to the '60s. Thankfully, Precourt hasn't borrowed more ideas from that censorship office and written in language that would also disallow interracial relationships, suggestive dancing, and 'lustful kisses.'"