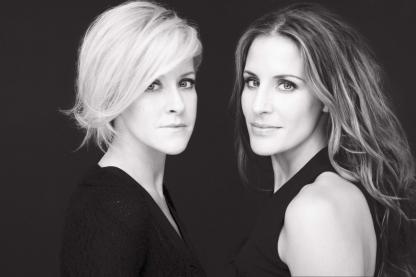 Two of the three members of the Dixie Chicks, sisters Martie Maguire and Emily Robison, have put together a side project called Court Yard Hounds and their upcoming album includes a dramatic song about a gay son who comes out to his intolerant father.

The two talked about the song with CMT:

"This song's bluegrassy intro is from the point of view of a disenfranchised young man. The rest of the song, as it shifts into rocker mode, describes the narrow viewpoint of his angry father. The lyrics aren't specific about the exact points of family contention, but Robison had a story in mind.

'I turned the TV on, and it was A&E or one of those documentary kind of shows about these poor teenage kids who are devastated that their parents won't let 'em stay in the house because they found out they were gay," she explains. The lines, 'You ain't no son to me/Eight pound baby boy I bounced on my knee' were around from the very beginning. That idea, how can you have kids and love them so much and one day decide not to — it just boggled my mind.'"

Listen to the song, AFTER THE JUMP.