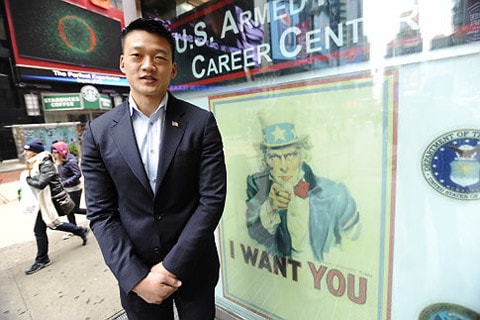 In an interview with the NYDN, LT. Dan Choi spoke out against the Pentagon's announced changes to "Don't Ask, Don't Tell" which make it more difficult to discharge gays.

Said Choi: "The reason why 'Don't Ask, Don't Tell' is so repugnant is because it forces people to be in the closet and lie, and that hasn't changed. The real price of 'Don't Ask, Don't Tell' is that it institutionalizes shame…Even though I had chains on, there was no greater liberation than to be able to stand up for something that you knew that was so absolutely correct. You're forcing servicemen and women to live a double life. It outlaws having a full, loving relationship."