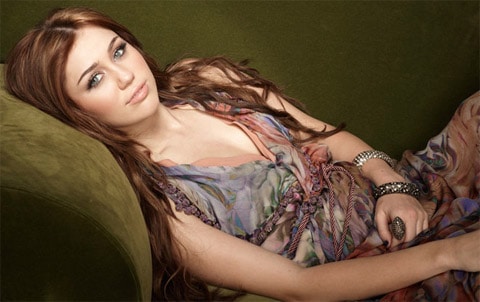 In a new interview with Kevin Sessums for Parade magazine, Miley Cyrus says she quit Twitter because she got so much hate mail for airing her supportive views of gay marriage:

“There has been so much controversy sometimes about what I’ve said or done because I believe there are no mistakes because God is the only one who can judge us. That’s the reason I deleted my Twitter account because I said on there that I believed in gay marriage because everyone should have the right to love each other, and I got such hate mail about my being a bad person.”

Miley also says that she avoids TV, aside from one particular show:

“I am screwed up in the mind a little bit because I’m not like other 16- or 17-year-old girls. I have no perspective of who exactly my fans are, to tell you the truth. Teenage girls in general are hard for me. I’m not a girl’s girl. And I don’t really watch television at all. But there is one show I’m addicted to: RuPaul’s Drag Race. I love me some RuPaul. I love RuPaul’s motto. It goes something like, ‘A real lady is never bitchy, a real lady is sassy.'”

Previous Post: « Wilson Cruz and Darryl Stephens Can Do It!
Next Post: Watch: Lambda Legal Files Suit in NJ for Marriage Equality »