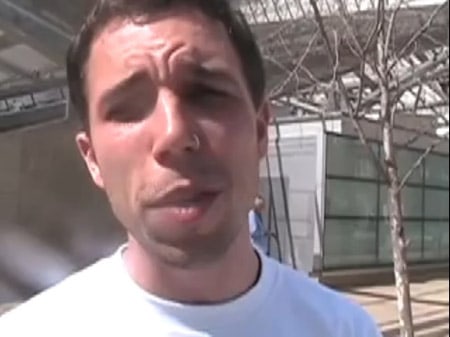 The activists are live-tweetings from the sit-ins at hashtag #getenda. They say they don't plan to leave the offices until ENDA comes to a vote later this month or they get arrested.

Robin McGehee, the other co-founder of GetEQUAL was arrested this afternoon outside the White House at the action taken by Lt. Dan Choi and Captain Jim Pietrangelo.

Below, the D.C. activists in Pelosi's office, via @metroweekly's Twitter. 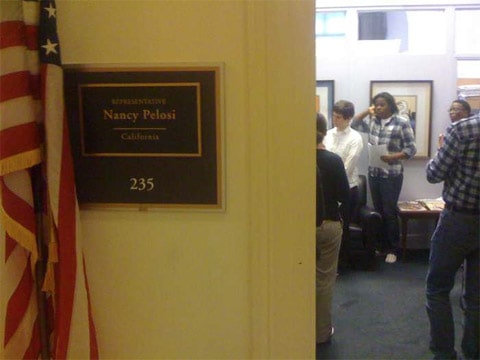