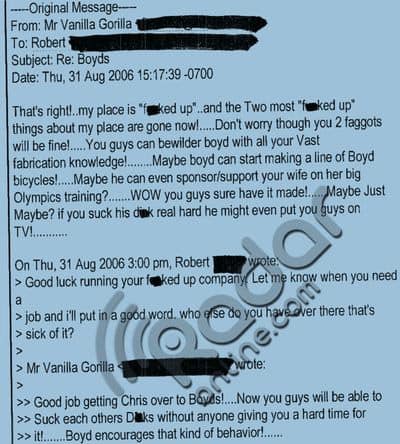 In news that probably won't surprise you, Radaronline published part of an email allegedly sent by Jesse James to a former coworker, full of gay slurs: 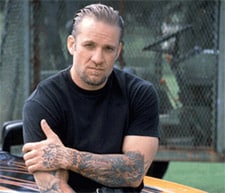 "In what appears to be a falling out between Jesse and two other men Jesse starts the correspondence by writing, 'Now you guys will be able to Suck each others D***s without anyone giving you a hard time for it!…That’s right!…my place is ‘f***ed up’..and the Two most ‘f***ed up’ things about my place are gone now!…..Don’t worry though you 2 f***ots will be fine!' Jesse continued. 'Maybe Just Maybe? If you suck his d**k real hard he might even put you guys on TV!'…Several sources have confirmed to RadarOnline.com that Jesse has always had a problem with the gay community and is known for making gay slurs in the workplace. 'He uses the word f***ot all the time,' an insider said. 'It makes people really uncomfortable and it’s very inappropriate, but it flows out of his mouth just as naturally as ‘please’ or ‘thank you’ does with most people.'"