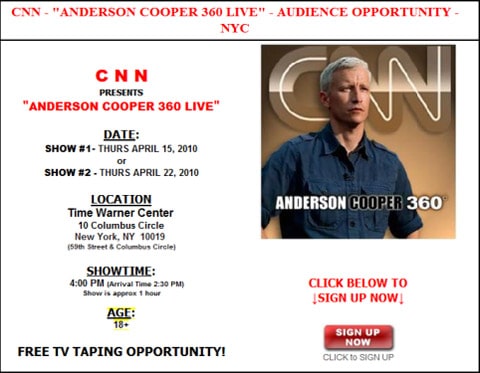 Anderson Cooper will soon test a studio audience for AC360, according to Media Bistro:

It is new territory for Cooper — except for when he fills in for Regis Philbin — but would be a return to live studio audience programming for CNN. 'Talkback Live' aired from the atrium of the CNN Center in Atlanta from 1994 to 2003."