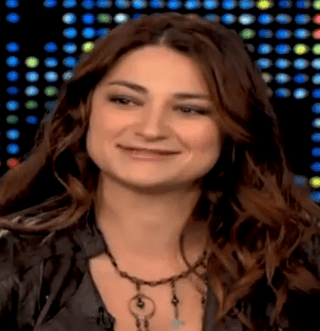 One-time popular Christian rock singer Jennifer Knapp has been away from the music scene for several years but she's back with a new album. Much to the surprise to her original fan base, she's recently revealed that she is a lesbian and appeared on Larry King last night to discuss her faith as well as her coming out.

Also on the show was Pastor Bob Botsford from the Horizon Christian Fellowship, who has referred to Knapp's homosexuality as "self-destructive behavior." Botsford has known Knapp on a personal level for years and has also been aware of her sexual orientation for some time.

He said to King and Knapp on the program: "I prayed for a lot of years having been told of Jennifer's same-sexdecision and relationship. And so, I didn't say a word to anybody, keptit quiet, did not go public with anyone except the Lord in my prayersfor Jennifer until it came public last week in the articles that shejust mentioned to you that she gave. And then I said, well, hey, thisis not right."

Ted Haggard also popped up to give his two cents. Full transcript here.

Watch a clip of the show, including a moment where King asks Botsford if he thinks Knapp is going to hell for being gay, AFTER THE JUMP.