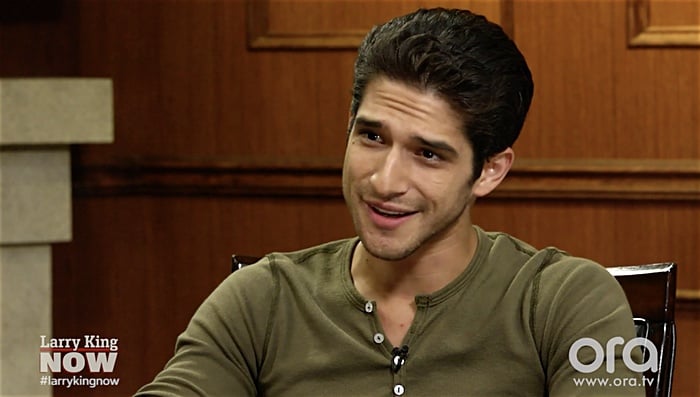 Larry King broke the news to Teen Wolf star Tyler Posey that his former co-star Charlie Carver had come out as gay and shared the clip in a preview from a new interview with Posey that is airing in February on King’s Ora TV show.

Carver came out on January 11 in a lengthy five-part Instagram post, saying, “So now, let the record show this- I self-identify as gay. And does that really matter anymore? As a young man, I needed a young man in Hollywood to say that- and without being a dick about it, I owe it to myself, more than anything, to be who I needed when I was younger.

Asks King: “What does that mean anymore to come out? Who cares?”

Says Posey: “I think it’s getting easier and easier to do for people. The other day I was driving by these two kids wearing backpacks, in high school, and they were holding hands, boys, and I loved it. It was so cool, man. I really dug it.”