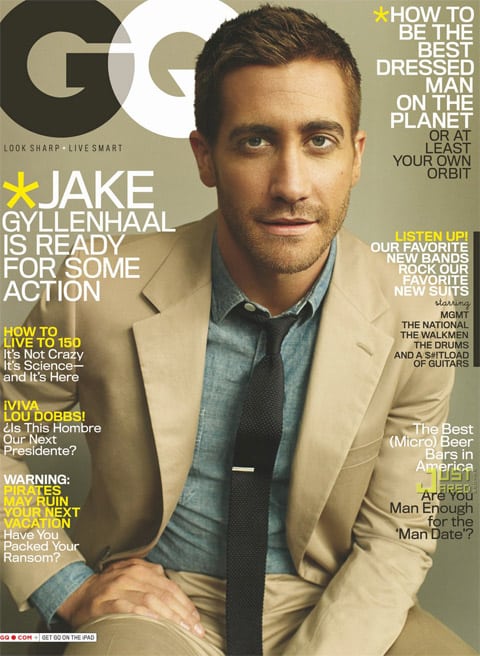 Jake Gyllenhaal covers the new issue of GQ. In the cover story, he touches on a variety of topics including shooting Brokeback Mountain and the death of Heath Ledger. 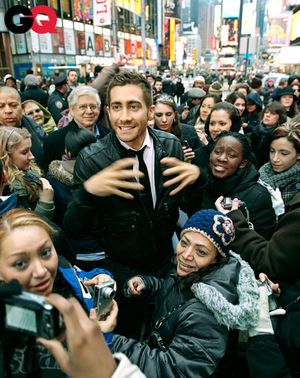 Of Brokeback he says: “There was something magical in that time. We all slept in our trailers out by a trailer park in the first month of making that movie. I was sleeping next to Ang’s trailer; Ang’s trailer was next to Heath and Michelle’s trailer—they’d kind of moved in together. And Michael Hausman, the producer, brought his Airstream trailer down. And it was just us, by this river, for a month. And we would walk to set, and we would eat together, and we would make coffee in the morning, and I would wake up in the morning and there would be Ang Lee doing Tai Chi outside of my trailer, and it was just magical.”

On Ledger: "I don’t really like talking about it. That period of time was…it was difficult. He was very sensitive. He didn’t always have a sense of performance in his everyday life. He knew who he was. I think actors very often, they know how to present something, and that’s part of their job. I think he was just really sensitive. We often used to do a lot of things together, because people were very interested in him and I think we felt safe together. Even when we did Brokeback and stuff, it was like my work was the only thing that mattered to me. It was like I could only understand or define myself through doing that. Life, I didn’t totally understand. And I think I was afraid of life. And I had success in my work, enough success that you could keep going back there. But after that happened…I think I recognized that it was work. And I recognized that this is for real."