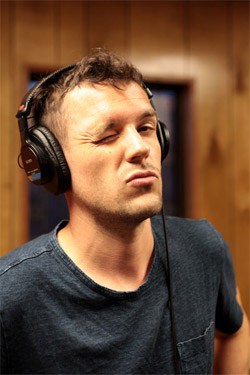 Cats in Finland are Haaawt.

Immigration plan includes LGBT families: "An outline of a comprehensive immigration reform package circulating on Capitol Hill includes a provision that would allow U.S. citizens and legal residents to sponsor their same-sex partners for residency."

Prepare to be frustrated by the end of Lost.

The Smoking Gun's investigation into the Afghanistan troops behind the Lady Gaga "Telephone" video.

In memoirs, Karl Rove and Laura Bush both discuss Kerry's debate remark about Cheney's lesbian daughter. Bush: "Beside me, Jenna and Barbara gasped. They were utterly stunned that a candidate would use an opponent’s child in a debate. John Kerry’s statement did not seem like some off-the-cuff remark." Rove: "This was a jarring moment; the word lesbian had never been used before in a presidential debate. I knew in an instant Kerry had made a bad misstep; he looked nasty and his comment dominated the coverage in the days that followed."

Gerard Butler: back in biceps again. 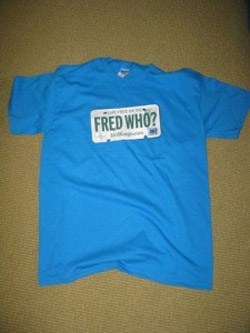 Senators leaning 'yes' on ENDA: "All but one of the Democratic senators from North Dakota, South Dakota, Virginia and West Virginia who are uncommitted on the Employment Non-Discrimination Act appear to be leaning toward voting for the bill, according to LGBT activists.

The six Democratic senators from the four states are among 16 uncommitted Senate Democrats that LGBT lobbyists say will play a pivotal role in determining whether ENDA will be enacted into law this year."

Illinois Family Institute wingnut David Smith attacks Rep. Deb Mell and her fiancee, gays in Trib letter: "The social science is clear and irrefutable: children do best in stable, healthy homes with both a mom and dad. The government has a compelling interest to recognize, protect and promote the God-ordained institution of marriage through legal benefits." 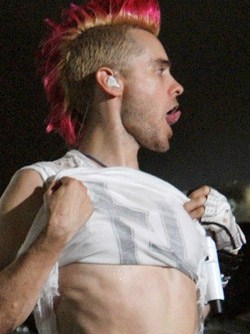 Man dies after friends insert eel in his rectum: "Once inside, the doctors found a 50cm long, dead Asian swamp eel stuck in the man’s rectal region. The slithery fish had bit it’s way through the intestine. The man was then taken to the intensive care unit, but died ten days later from internal bleeding and sepsis."

Bronx Democrat Charlie Ramos announces his intention to take on homophobic NY state senator Ruben Diaz, Sr.: "The incumbent has the backing of the entrenched interests, the Landlord Lobby, and the corrupt powers that have mismanaged the Bronx for years. But I have something much more important – I have you, my closest friends, supporters and colleagues. Together, we can create a State government that will protect our children, bring jobs to those who desperately need them, and protect our civil liberties – including the right to marriage. That is my firm conviction and that is why I am running for office."