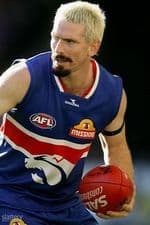 Australian footballer Jason Akermanis fought back against critics of his newspaper column, said that gay players should stay in the closet because they're not welcome. Rugby player Ian Roberts and Olympic swimmer Daniel Kowalski were among those who slammed the remarks.

"There's articles everywhere written from these guys and all of them, of course, are gay so they think they know everything and they know more. They're making it personal about me, which is a very dumb thing to do because all I wanted to do was debate the facts…Maybe I've got a problem with it. What am I supposed to do? Do you think I'm the only one? That is an uncomfortable situation to be in.""