Florida taxpayer dollars were used to compensate George Alan Rekers, the "ex-gay" activist caught recently returning from vacation with a hustler from Rentboy.com, to defend the state's ban on gay adoption. 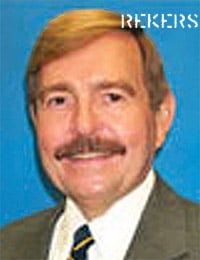 While the ACLU defended Frank 'Martin' Gill and his sons, Florida Attorney General Bill McCollum paid Rekers and his colleague Walter Schum close to $100K to spread their falsehoods in order to keep children away from the loving care of gay parents.

They were the only witnesses the state called.

"Rekers was one of only two witnesses Attorney General Bill McCollum called in an effort to reverse a Miami judge who ruled Florida's adoption ban- the only one in the country- is unconstitutional. McCollum paid Rekers and a colleague $87,000 for testimony that called gay people mentally unstable and advised that the ban should be expanded to include Native Americans because, Rekers claimed, they are also at much higher risk of mental illness and substance abuse.

'They would tend to hang around each other,' Rekers testified. 'So the children would be around a lot of other Native Americans who are … doing the same sorts of things.'

This latest controversy may shed new light on how outrageously bias and scientifically unsupported Rekers' testimony has been, said Nadine Smith, executive director of Equality Florida.

'It is disgraceful that the attorney general used taxpayer dollars to compensate this discredited bigot-for-hire,' said Smith. 'It shows just how low they have to scrape to find anyone even willing to defend this awful ban that denies children permanent loving homes.'"

So I guess we now know where the money came from for Rekers' "rent boy" and vacation — from the state of Florida's efforts to discriminate against gays and hurt children. 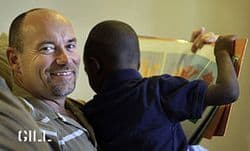 "As a paid witness (in the case against Gill), Rekers relies on long-discredited research to justify banning gay people from adopted and dismisses numerous studies suggesting that children of gay parents are no worse off than those of straight parents, testifying that he opposes gay parenting even if it flies in the face of scientific research.

In court, Rekers said that he favored removing children from any gay home in favor of a straight home, even if the child had been there 10 years.

In an article from 2005, Reker compares allowing gay people seeking to adopt to terrorists and drug dealers:

The ruling in the Gill case is due any Wednesday now.

ALSO: Some 34-year-old Rekers ickiness from Good As You.

Previous Post: « Watch: Miley Cyrus Hatched Overnight and She’s Ready to Peck
Next Post: And Now for Something Completely Terrifying… »