Last week, Jason Pfeiffer, the former employee of Michael Jackson's dermatologist Arnie Klein, renewed claims that he was Michael Jackson's lover. Klein backed him up, saying "When you see two people looking at each other you know what’s happening. I was just very happy for both of them.” 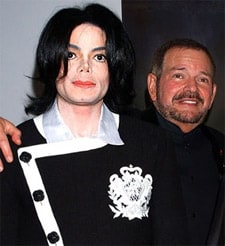 Now, Jackson's dad Joe, and a bunch of fans are pissed at Klein.

"It's not true. Michael was not gay. He has no respect for Michael … to say things about him when he's gone is shameful…He's a doctor and knows better than to break his vows against a patient."

Due to the death threats that he has received, he has reached out to the FBI in order to secure the services of bodyguards."