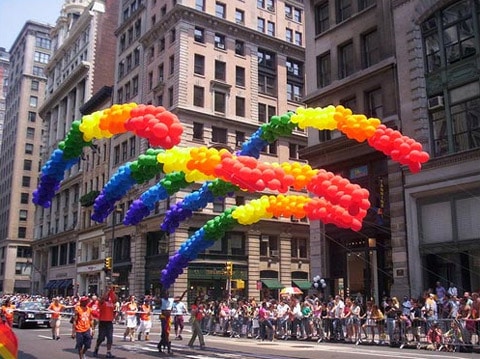 NYC's Gay Pride March on June 27 will be nearly a mile shorter this year because the city is facing a budget shortfall and will step off at 36th Street and 5th Avenue rather than its usual starting point at 52nd and 5th.

Said Arthur Finn, Co-chair of Heritage of Pride, Inc., the non-profit organization that plans the events: "Some people running NYC Pride are disappointed by the announcement, but, we understand the city's need for the change this year. We aren't alone, as the city says it is requiring that every parade make the same sort of reduction as we did for this year."

The parade, which is celebrating its 40th anniversary this year, and will feature Mississippi lesbian student Constance McMillen, Judy Shepard, and Lt. Dan Choi as Grand Marshalls, will still pass the spot where the historic Stonewall riots took place.